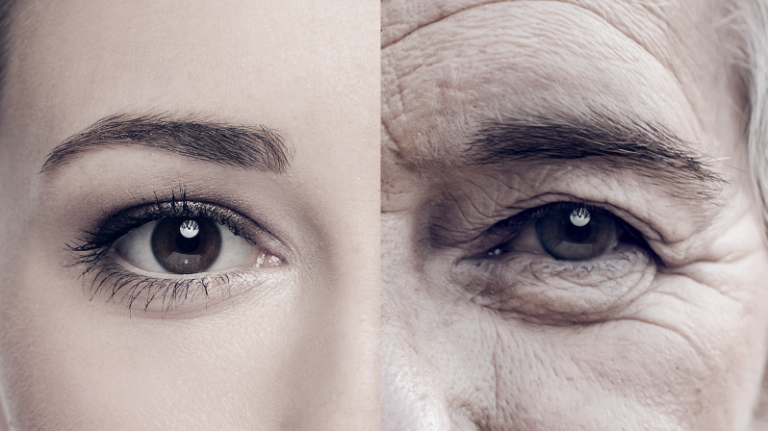 It’s time that we as marketers and advertisers stepped up and took some responsibility here.

Our American culture and belief systems are formed by the messages that bombard us, wherever they come from—family, friends, teachers, films, news outlets, music and, yes, maybe even more so advertising. That is, in part, because it’s our business to make messages stick, to make jingles hum for days in our brains, to understand the mindsets of our target audiences and then re-shape them.

It is our intention to influence how people think and act.

Which begs the self-reflected question: are we as marketers complicit in this widening generation gap, the divisiveness between generations that has stoked the “OK, Boomer” public squabble between Millennials and Baby Boomers?

And, if we are complicit, are we also responsible? And by that I mean are we responsible for turning this around? For making amends? For narrowing the gap? Those in a conscious culture must look at themselves and see the part they are playing, whether intentional or not. I’d suggest we marketing folks do exactly that.

We are, and we know it, partly responsible for the glorification of youth and the condescension or—at the very least—the “invisible-ization” of older adults. We have been known to celebrate that a toddler today can become an influencer and condone as normal that any kid can become “a brand” if they can get enough people to follow them on Instagram or TikTok. Our fashion and cosmetics models have gotten younger and younger, while older adults are often left out of beauty-product imagery or are targeted with age-appropriate clothing, anti-aging serums and miraculous pharmaceuticals that’ll have them awkward-dancing with a lawnmower.

Granted, there’s more at work here reinforcing these perceptions than just advertising. America is the culture that created teen superstar Billie Eilish (and I admit, I’m a fan), who was quoted in Rolling Stone as saying, “I’m never gonna be 27—that’s too old.” I’m sure many in her generation agree. Imagine the shock they will feel when they turn 30.

As trends suggest, our increasingly ageist culture is not serving any of us. I believe these belief systems, perpetuated by marketers and advertising agencies, will be one more thing that’ll tug at our unravelling U.S. fabric. This is, by the way, a United States-dominant phenomenon. Many other cultures throughout the world still have multiple generations living under one roof.

As a creative director at an ad agency, I currently work on a number of accounts that serve older adults. It’s one of the reasons I’ve also gotten involved with Changing the Narrative, a Colorado nonprofit with the mission to change the way we talk about age in order to affect public policy—and, yes, ageist stereotypes can be inflicted upon any group—even those spoiled Millennials who are living in their parents’ basements. Point made.

Studying how we as a culture talk about aging and ageism is helping me to become more aware of my own prejudices and the need to transform them.

Just before the OK Boomer controversy began, our ad agency hosted a Denver “Intergenerational Conversation about Ageism,” in order for people of all ages to sit down together and attempt to understand different perspectives. Gen Z, Millennials, Gen X and Boomers all attended, sat in a circle and conveyed our points of view about the ageist myths being perpetrated out there. Because we’re in the business of creating ads, our team showed some TV spot conversation-starters that we felt were relevant to the topic of ageism and its generational stereotyping.

Since then, I’ve been paying more attention to the messages advertisers are putting into the world. In just a couple of months, ads that would have slipped right past me, now seem a bit jarring.

Take for instance a spot I saw last night, one I’ve seen more than a few times before. It’s a famous, long-running campaign for Comcast Xfinity, featuring the Slowskys. In it, the two older turtles, Karolyn & Bill Slowsky, are in the front seats of their car, while in the back seat their hip, tech-savvy, speedy son reschedules a customer service appointment on his mobile device. Although the turtles are animatronic, the gravelly, squeaky voiceovers and the choice of language clearly indicate that the father and mother are old, stodgy, stuck in their ways, technologically illiterate and, well, slow. The son, Bill Jr., with his buoyant, teenage voice asks his father which GPS he’s using, to which Bill responds that he using “a little something called instinct, been using it for years.” Jr. dismisses his father with an “Oh, boy,” at which point the camera pulls wide to reveal the Slowskys’ car winding and circling, lost in a cornfield.

I was surprised I had not previously recognized the blatant ageism in this spot. Two months prior, I bought hook-line-and-sinker the erroneous belief the spot promotes: mainly, that older adults are slow and inept, while young people are in-the-know and fast learners. Neither of which holds much water.

This article is not a cancel-culture call-out, not a foot stomp of indignation because, as is the case all too often today, the offended in our culture can create division instead of conversation. Rather, it’s a simple observation. One that had slipped right past me, a 50-something ad exec on her way to being, if not already, an old person.

There’s a recent Subaru spot I believe is doing something right. The intergenerational scene includes grandma, parents and kids enjoying life’s adventures together. And kudos to another recent spot for Ancestry.com that ends with a little girl saying, “Grandpa, can you tell me that story again?”

I believe smart advertisers are realizing that the generations in our American culture are longing to re-connect. In fact, we must re-connect—just as different races and genders and religions need to put differences aside and see what are our commonalities—in order for our divided country to heal.

We are stronger together. We are smarter when generations share knowledge. We are safer when humanity lifts its weakest members, at whatever place they may be in life—infants, teens, college students, parents or older adults.

Intergenerational or multigenerational target audiences (whatever the nomenclature of this “Us Generation”) may become more common in advertising, as marketers of products and services and their ad agencies start to take notice of up-and-coming trends and marketplace demands.

So, here’s some supposition: Instead of micro-targeting, will a kind of macro-targeting become more common? Will we try to find messages and powerful imagery that stir multiple generations? Ones that unify us, rather than divide us? Could we, would we, take responsibility for creating not just clever headlines and viral social media campaigns, but a better world where we can all live in harmony? Idealistic, maybe.

I’m OK with that.